Benelli is one of the oldest motorcycle manufacturers in Italy, first producing motorcycles in 1921. Like other Italian companies, Benelli played a major role in the post-World War II recovery by producing affordable, lightweight motorcycles. Benelli is owned by China’s Qianjiang Corporation, but still produces bikes in Pesaro, Italy.

The shape of the LED headlight is the greatest gift for the style reference. Then there’s the large 21-liter fuel tank that makes up more than half of the Benelli body. It also has a cantilever seat design that sacrifices passenger space for an aesthetically pleasing rear end. The Benelli LED turn signals that are installed vertically on the tire-mounted license plate bracket look good, as does the split taillight setup. When it comes to quality, the Benelli is well built for the most part, with no panel gaps or ill-fitting components. The switchgear looks and feels cheap and could use better quality. The entire body of the Benelli sits on a tubular trellis frame that is completely different from the one used by the Leoncino. 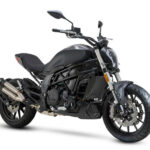 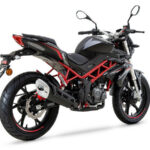 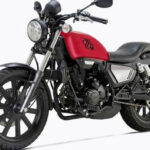 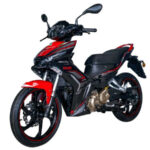 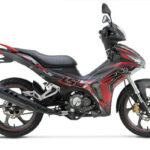 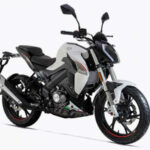 The Benelli is longer than the Leoncino and even offers a low seat height of 750mm. So getting on and off the motorcycle, even for short riders, is not a concern. The Benelli is a bulky motorcycle and the lack of a handrail also makes it even more difficult to move the bike around. However, once seated, moving the Benelli around feels a bit manageable. The list of features offered by the Benelli is not extensive, but it is better than the Kawasaki Vulcan S has to offer. So it has a fully digital display that shows all the essential information and has colored stripes on the red line and fuel gauge. There’s also full LED lighting all around and a dual-channel anti-lock braking system. As for the backrest and engine guard, they are offered as optional accessories.

As for ride quality, Benelli needs to work on the hardtail suspension setup. Since the rider sits right on top of the mono-shock, every bit of feedback is transferred to the lower back. While it’s acceptable at speeds up to 30 km/h, any faster than that and the experience becomes extremely unpleasant. The front end with the 50mm inverted forks is also equally stiff and sends a shock to the handlebars. Benelli engine is the same as the one in the Leoncino and TRK, albeit with a slightly different tune. Benelli delivers 46.8 hp and 46 Nm of torque in a linear and predictable manner throughout the rev range. It feels smooth and refined with just a few vibrations reaching high revs on the handlebars. In addition, the Benelli engine is also extremely tractable and can go as slow as 40 km/h in higher gears, making it quite forgiving for city driving. 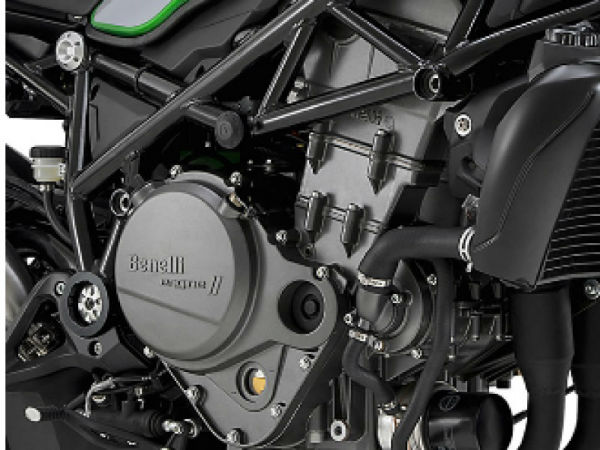 However, it does require a couple of downshifts to overtake quickly. And while the 502C’s output figures are decent, due to its weight it feels a bit sluggish when you twist the throttle. Aside from the wide handlebars that pose a problem when weaving through small gaps, the Benelli felt nimble through traffic. And on the highway, it can cruise to around 130km/h and beat that mark after a bit of persuasion. But with the wind blowing off the headlight and hitting me right in the face, the need for a windshield was felt almost immediately. Chance in a few corners and the Benelli feels sportier, switching sides almost instantly. Add in the smooth throttle response and smooth gearbox and the whole package becomes a delight. Even the Benelli brakes are pretty decent.

At 280mm, the discs are smaller than those on the Leoncino but offer good bite and progression at both ends. In short, the Benelli is a delight to drive around town thanks to its agility and the manageable nature of the engine. The engine is also easy to use for someone upgrading from a 150-200cc motorcycle. Not forgetting that raspy exhaust note and styling that’s guaranteed to turn heads. It seems that Benelli is a jack of all trades. But as they say, a jack of all trades can be a master of none, and that’s exactly the case with the Benelli. It would be a much better motorcycle to ride with improvements to suspension setup and ride quality. And since it’s a cruiser, we would have loved to see it equipped with a windshield and a more luxurious seat to enhance the high-speed, long-distance driving experience.