The 2019 Vauxhall Corsa is a practical and affordable super-mini, but its engines and interior are too short of competitors. Vauxhall unveiled the new fifth generation 2019 Vauxhall Corsa at the Frankfurt Motor Show. It is claimed that the car has a classic aerodynamics and has a lower weight than its predecessor, which is good for fuel economy, ride quality and handling. Engineers have ensured that the car will cut cleanly through the air by incorporating an active aero shutter into the grille, which closes at higher speeds, along with a smooth undercarriage and a rear spoiler.

The SE model is the entry point of the Corsa range, but still comes with 16-inch alloy wheels, a leather flat-bottom steering wheel, LED headlights and a seven-inch touchscreen infotainment system. Above is the sportier looking SRi, a black roof and tinted windows, LED taillights, electric rear window, a sport mode, rear parking sensors, an alarm and LED taillights.  As the name suggests, the Elite Nav sat adds to the seven-inch touchscreen, along with plenty of extra features including folding door mirrors, a rear view camera, front parking, Vauxhall’s Winter Pack and ambient lighting. 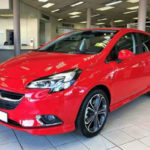 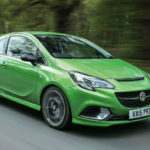 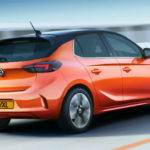 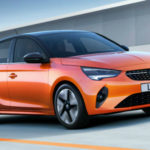 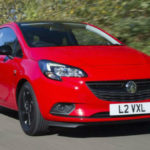 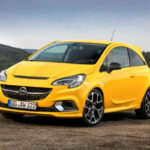 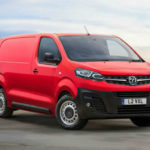 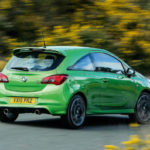 The Ultimate Nav is loaded with equipment for such a small car, including a 10-inch sat-nav touch screen, massaging leather seats, Matrix LED headlights, and keyless entry and start, but it has a price tag of £ 25,990 . Vauxhall adds mini finish levels regularly and the Corsa is no different. SE and SRi are available as SE Nav and SRi Nav, and all but Ultimate are available as Premium versions. We expect it to include leather upholstery and some extra goodies.

The new Corsa incorporates radical style changes compared to the current model, with a wider grille and a similar headlight design as seen on the latest Vauxhall SUVs. The petrol and diesel variants look visually similar to the electric Corsa e model, with the conventional models with different alloy wheels. Inside, the new Corsa has an identical cabin as its electric counterpart, with the option of mounting a seven-inch or 10-inch infotainment display. All non-electric models are built on the Peugeot-Citroen Common Modular Platform (CMP), which is shared with the new Peugeot 208. Vauxhall says the new Corsa will be better to drive and more comfortable thanks to new aluminum engines, its lighter weight and a redesigned body shell. 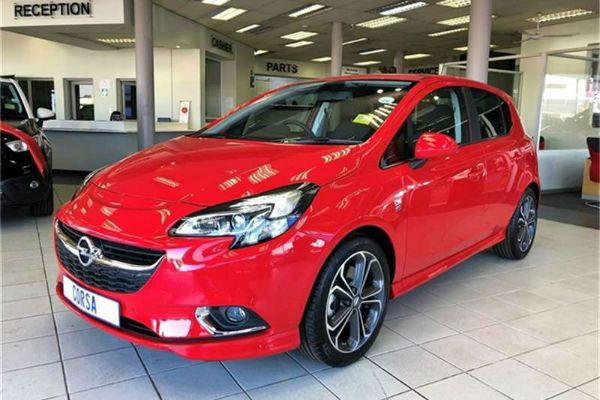 That bodyshell has a high-strength steel construction and saves 40kg on the old car, including a 2.4kg aluminum bonnet alone. The new engines save about 15kg more than the cars in the outgoing model, and the interior of the Corsa has also been reworked to reduce weight; redesigned seats shave 10 kg. All the savings combined are up to 108 kg. The upcoming Corsa is slightly newer than its predecessor, with a longer wheelbase (the distance between the front and rear wheels). This increase in dimensions gives it greater luggage space and more indoor space. The new Corsa is only expected to be sold as a five-door model.

The new Vauxhall Corsa is available with two new petrol engines and a new diesel engine, along with the already announced pure electric Corsa-e. The entry-level 1.2-liter four-cylinder petrol engine delivers 74 hp and has a five-speed manual transmission. Next in line is a more powerful 1.2-liter three-cylinder engine that produces 99 hp with the help of a turbocharger. This engine is shared with the Peugeot and Citroen models and can be viewed with a six-speed manual transmission or an automatic transmission. The only higher-mileage diesel option is a 101 hp version of the PSA’s three-cylinder 1.5-liter BlueHDI engine, and can only be specified with a manual transmission.

Full pricing and specifications were unveiled last week for the new 2019 Vauxhall Corsa. The range starts at £ 15,550 for the 74hp SE model, breaking the entry-level Ford Fiesta by nearly £ 500. Now available to order, you will begin to see the 2019 Vauxhall Corsa by dealers from January.