The Aixam 400 are mechanically very basic vehicles by today’s standards. Variety engines of Axiam 400 have been offered over the years, the most popular in the UK being the 400 size engines, the Diesel equipped with a Kubota Z482-E two-cylinder 400cc Industrial engine rated at 11.5BHP. Axiam 400 Petrol versions used a Lombardini 505cc two-cylinder of about 19.5BHP, and later petrol engines equipped with fuel injection. The steering is by Rack and Pinion and has a relatively low ratio, giving the car a winding feel at speed until it gets used to it. 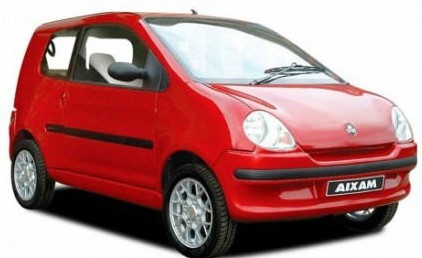 The Diesel engines from Kubota are very reliable and have a gear-driven camshaft they require service at 3,000 miles, oil, and filter. The fuel filter must be changed at 6,000, including the pre-filter. The Petrol Lombardini engine versions may suffer from ignition problems associated with the crank angle sensor which gives a symptom of no start. The Italian-made reverse gearbox was good for the original use for which it was intended, namely a small town runabout or delivery van of less than 8BHP and limited to 30MPH. In European countries, Axiam 400  are classified as Mopeds and not proper cars.

The Brakes of Axiam 400 via disc and single-piston calipers at the front, with drums at the rear that also serve for handbrake function & via cables. The hydraulically powered brake light switch is another common fault with the Aixam, which does not cause any brake light action. The transmission was made by a continuously variable transmission, CVT, and supplied by CVTech-IBC. The reverse gearbox and combined diff unit of 8: 1 forward ratio, is supplied by the Italian company, which also supplies many of the other running gears, steering, suspension, and brake systems components. Aixam vehicle defects include brake problems and the reverse gearbox. Brakes require regular maintenance, usually, annually, major problems are with handbrake mechanisms getting stuck. The Variator and drive belt can also cause trouble on cars with high mileage. The life of the belt is about 10-12 thousand miles. 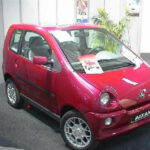 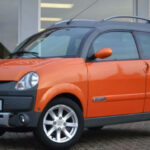 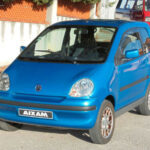 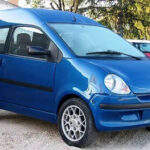 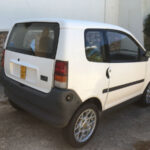 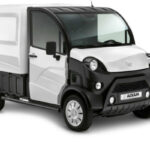 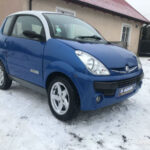 However, the component has not been updated for the use that the car with the larger engines and the UK market finds. The service on this part is often neglected, leading to the irreparable breakdown of the gearbox. Oil in the reversing cabinet must be changed at 6000-mile intervals and one liter of 80w90 GL4 oil must be used. Aixam itself recommended increasing the oil volume by 0.7 liters, a few years after entering the UK market, possibly to prevent premature failure.

The Aixam 400 is a micro-engine designed for Europe in cities and large towns. It is mechanically a very basic vehicle by today’s standards. With a maximum top speed of 28 mph, and a curb weight of 772 pounds, the 400 has a naturally aspirated 2-cylinder engine. This engine delivers 5 PS  at 3200 rpm and a maximum torque of 14.0 Nm at 3200 rpm. The steering is by rack and pinion and has a relatively low ratio.

MacPherson strut suspension comes front and semi-trailing arms rear. Brakes are via disc and single-piston calipers at the front, with drums at the rear that also serve for handbrake function, via cables. The gearbox is designed for a small town or delivery van of less than 8 bhp and is limited to 30 mph. The Evolution model is a Hatchback car manufactured by Aixam, with 2 doors and seats, newly sold from the year 2000 to 2004, and thereafter available as a used car.